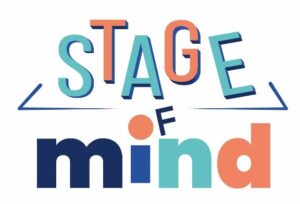 On Wednesday, June 29th, the first part of the educational workshops of the European Eramsus+ Stage of Mind programme was completed. For 6 months, mental health service users under the guidance of experienced professionals and artists were introduced to the art of musical theater and had the opportunity to practice improvisation, music, movement, voice and production of an original script.

We look forward to our next meeting in September, for the start of the second cycle of the art workshops that will lead to the creation of an original musical theater performance by the recipients themselves for all of us.

The Erasmus+ Stage of Mind Program has a duration of two years and involves six organisations from the fields of mental health and the performing arts from three countries (Spain, Greece and Ireland), who will join forces to give people with psychosocial problems the opportunity to participate in creative activities in the field of performing arts and co-create a musical performance.

The project is co-financed by the Erasmus+ Programme of the European Union.

Donate
Manage Cookie Consent
To provide the best experiences, we use technologies like cookies to store and/or access device information. Consenting to these technologies will allow us to process data such as browsing behavior or unique IDs on this site. Not consenting or withdrawing consent, may adversely affect certain features and functions.
Manage options Manage services Manage vendors Read more about these purposes
View preferences
{title} {title} {title}
Skip to content